Egyptian men prepare to cast ballots during the country’s constitutional referendum at a polling center in Alexandria on Saturday, December 15, 2012. Tens of thousands of voters descended on polling stations across the country to voice their opinion on a highly controversial draft constitution. The constitution, supported by Islamist President Mohamed Morsi and his constituents, has been a source of intense political protest in recent weeks. Opponents of the draft believe that it abrogates a variety of human and political rights. (Pete Muller/For The Washington Post) 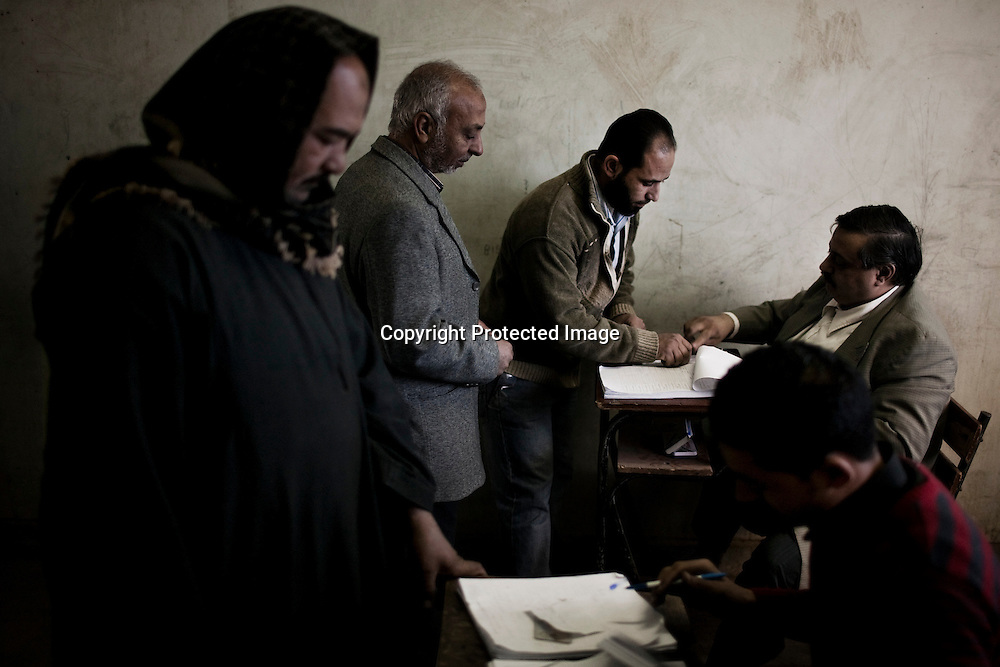