back to search results

A mass rape victim and her son in the town of Fizi, Democratic Republic of Congo (DRC) on Sunday, Feb. 20, 2011. Her identity has been concealed for security reasons and because rape carries strong social stigma. She was among nearly fifty women who were raped during a campaign by Congolese soldiers that took place on the night of January 1st 2011. Her son suffered a head wound (pictured here) when soldiers threw him to the ground prior to the rape. Eleven soldiers from the accused unit are being tried in a military tribunal during which they face charges of crimes against humanity and rape. The trail is the first of its kind in which a ranking officer, Lt. Col. Kebibi Mutware, has faced such significant charges. Mass rape has long been used as a weapon of war in eastern DRC. (AP Photo/Pete Muller) 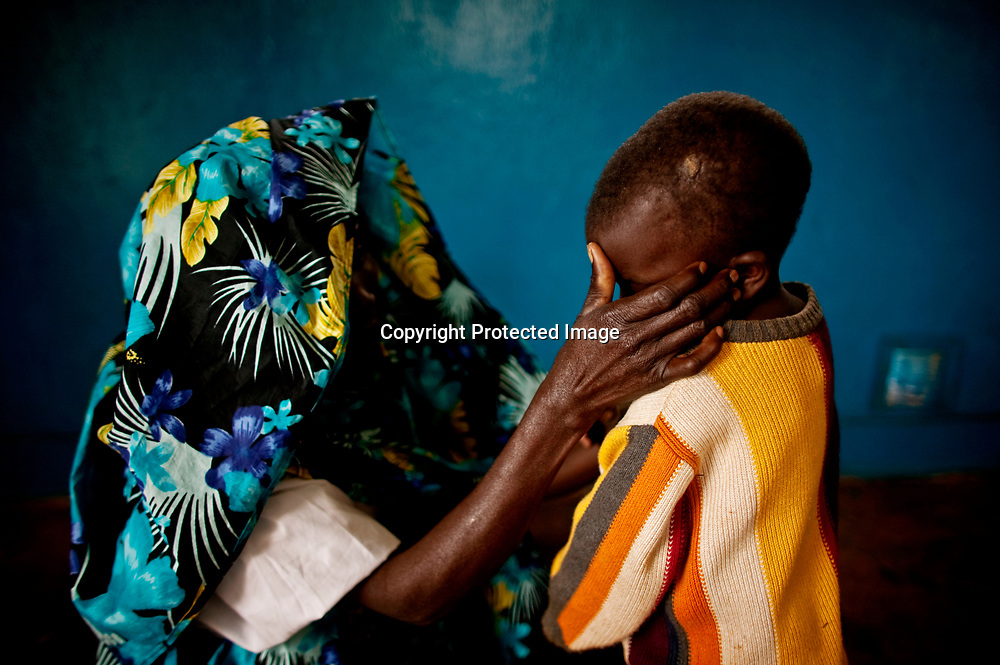